Status of ITS resources

A Walk in My Shoes: Social Justice in Education

A video documentary produced by the K-State College of Education. 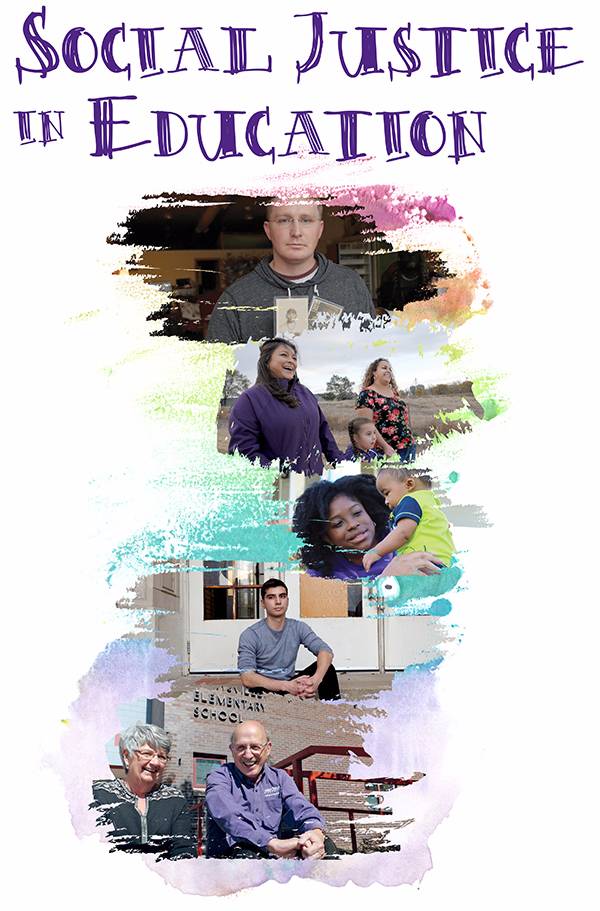 "Great teaching is about so much more than education; it is a daily fight for social justice." – Arne Duncan, former Secretary of Education

Deeply imbedded within the complexities of American society are issues such as poverty, race relations, gender equity, cultural identity and privilege. These issues arrive in classrooms every day where learners converge from many backgrounds, identities, and abilities.

This film touches on the lives and experiences of five dynamic educators whose passion for social justice was forged when they were in school. Their personal accounts bear witness to both the overt and subtle forms of injustice that create critical barriers to quality learning and inclusion. Each person enacted their beliefs in equity, access, and respect in order to provide a just and quality education for the learners they serve.

We invite people everywhere to learn from their experiences and see what they can do to make education more just and equitable for all.


Alex was born and raised in Pawhuska Oklahoma, and later moved to Kansas City, Kansas with his family. As a member of the Osage Nation, Alex shares his story of growing up in two worlds and navigating his way through educational systems while holding to his culture. He taught high school geography for seven years in Kansas before returning to his studies on indigenous educational systems. Today Alex is working with his home nation to bring additional training for indigenous teachers and administrators. Alex’s story coves a variety of topics, including making spaces for indigenous people, the need for highly trained indigenous teachers, and the effects of mascot culture.


Growing up in the small town of Hoxie, Kansas didn’t hold Amanda back from exploring the world and becoming a first generation college student. Throughout her life she has worked to build bridges for other first generation college students and to help recruit teachers of diverse backgrounds. As Amanda shares in her story, social justice is about so much more than helping oneself, it’s about helping others. At the time of this filming Amanda was serving as an Assistant Professor in the College of Education at Kansas State University. Dr. Morales is now an Assistant Professor in the College of Education at the University of Nebraska-Lincoln specializing in Migration, Immigration and Multicultural Education.


When Jim Teagarden was just a small boy, he witnessed an act of injustice that stayed with him throughout his life. Years later a chance encounter with a teacher got him thinking about how he could make a change for the better. For more than twenty years, Jim worked as a special education teacher, working with kids with severe emotional and behavior disorders in Marysville, Kansas. Today Jim is helping to train the next generation of special education teachers at Kansas State University.


Teara Lander grew up traveling the world with her military family. Her experiences meeting new people and living in new cultures gave her a greater appreciation for multicultural societies. Returning to the United States, she discovered that injustices are often the result of preconceived stereotypes. Teara has worked hard to break down those stereotypes and to become an advocate for social justice in higher education.


At a young age, Eli Schoeman was a gifted and talented student in a school that did not have the resources to help him thrive. After a few years of moving to different schools with varying levels of support, he became conscious of the inequality of resources given to different students. As Eli puts it, “How often do we drive around a really nice neighborhood and see a school that looks visually appealing on the outside, but don’t realize that inside it is full of inequality of services and help for all kids.” Hear why he is giving back as a teacher and a role model in this touching story.

Video of the live Premiere event…